Category: Book Review
Author: Vasudev Murthy
Genre: Literature & Fiction
Publisher: HarperCollins Publishers
A set of struggling and rather inept writers are invited to their very first literary festival in the practically invisible town of Ramgarh. Success seems to be swiftly passing them by. But have they finally been recognized? With no food to be had, bed bugs for companions and mysterious sounds at night, the festival begins. On a huge campus with multiple venues, panel discussions rage on with no one in the audience. Is there more…

After I had published my last book review on various Social Media groups, I was traumatised and lying in bed in the foetal position, trying to make sense of who I had upset *this time* for me to feel this way. Devastated and reduced to a mewling, puking kitten, I was examining various conspiracy theories in the world. Was it because I had followed so and so on Instagram? Was it because so and so called me by a variation of my name? I constantly fabricated sinister interpretations when the spelling of my name was changed. The possibilities seemed endless and rather grim. I wanted the scary people on my Facebook groups to stop practising their voodoo on me, and I even put up a confused and bewildered plea on my Facebook wall, which I soon deleted ‘coz “What if they who must not be named” read it and reported it to the “sinister powers that be”?

My BFF calmed me down by sending me Whatsapp videos of the songs her daughter listens to, and the following day I was inspired to read the next book on my TBR, Mr Vasudev Murthy’s ‘The Ramgarh Literary Festival.’ And what a ‘pick me up’ it turned out to be! Absolutely delightful! Slightly Wodehouseian and totally of interest to me ‘coz I love stories about the publishing world, and I’ve always loved Wodehouse. I loved when Mr Murthy referred to ‘Pupa’ publishers early in the book and made a remark about Sheelaa Dey in another part of the book. Sample a few dialogues from the book, which almost caused me incontinence at age 42:

‘Ticket to Ramgarh,’ I said arrogantly to the man behind the ticket counter, handing over the reservation form duly filled. ‘I am a key speaker at the Ramgarh Literary Festival.’
‘You must be crazy, you old fool,’ said the rude person.

In another place, this:
“Dinner?” I inquired. He took off the lid off a large dish and I peeped in. Within was a small infant chappati. I asked about anything that might be sampled with the chapatti. He pointed at a very small cup of daal. I took it gracefully; it would not do to get a reputation as being a ‘high-maintenance’ author at exactly the time when the world was preparing to welcome me to the ranks of the all-time greats.”

Or page 62: “They slithered forward and draped themselves over the chair – like wet towels.”

I loved Chapter 6 – ‘Trends in modern poetry’ the best since I could relate to it only too well. I laughed along with him as he made fun of poets. His observations are so grounded in reality, it’s astonishing!

On page 77, he says, “Read from page 294, the blank page, it’s the best part of your book,’ I jeered. ‘Look who’s talking – to himself!’ Our unseemly professional jealousy was likely to become a talking point if we didn’t control ourselves.”

Chapter 8 – ‘The Loan Mela and Publishers Worship Ceremony’ was also supremely hilarious and almost not hyperbolic!

Page 89: “Mrs Khanna had travelled from Hoshiarpur to meet the publisher to whom she had submitted her manuscript to in 1948, shortly after the Partition of India. She told us that the publishers had responded to her twice— once in 1959 and then more recently in 2002 saying that her manuscript was being evaluated. She was full of hope that she would finally get a response.” “Son, will my manuscript be published before I die?’ Abhishek had a nice way with old people. ‘Let us pray to God, Grandma. He alone knows best.’

And finally, in the last chapter, “We boarded our trains and after several days, I reached Bangalore. There were no welcoming crowds at the railway station. Certainly none at home. I went to my darkroom and sat down heavily in my
familiar chair. I looked at the huge heap of rejection letters on my desk that had arrived in my absence. There were a couple of small cheques. They would keep me going for a month perhaps, provided I ate one meal a day, avoided electricity, took a soap-free bath once a week and avoided any further expense on pens, papers, envelopes and postal charges. I shrugged. So what?”

About the Author:
I’ve known Mr Vasudev Murthy since 2014 or so when I first met him at Urban Solace, Bangalore, for a book club meeting. I soon reviewed his book ‘Sherlock Holmes in Japan’ on my non-revenue generating blog, which was soon replaced by several other non-revenue generating blogs and even one that I actually had to pay to maintain. I guess a journalism graduate like me with 20 years of work experience under her belt but nary a significant accomplishment to her name is the perfect candidate to review this book by Mr Murthy. He is on my Facebook list and LinkedIn list, and I have followed his political views from the shadows.

I’ve also followed his animal rights activism on the group Bombat Dawgz until I left the dog group after realizing that the cats that shared my mind space were getting upset. These days, I keep following cat stories on the Cattitude Trust page and marvel at how superior cats have always been and known it, smirking silently to themselves.

Mr Vasudev Murthy’s witty posts on Facebook about animal activism have won him numerous fans. His self-deprecating posts make everyone smile and when one is undergoing a rough day, one welcomes a hearty chuckle to counter the despondent sob that lurches from the heart. 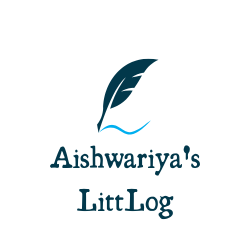