As a young teen I had been quite impressionable. Studying in college, amidst elites, my social circle comprised of nothing but the crème de la crème. Swayed by their style, supremacy, and everything that they possessed and flaunted, I wanted to be like them…dress in splendid shoes, wear opulent clothes, own smartphones…ride bikes et al but here was the unfortunate me, struggling to fit in.

To conceal my limitations, I would put on an air of reticence and modesty though inwardly I cringed at all that I was and most of all where I came from.

I could never dream of a grandiose like theirs, to gloat upon. I would, therefore, often end up feeling chastened.

They never expressly demeaned me, but their foible did, for I knew how they thought about me. I wanted to change it all and somehow feel ebullient.

Thence, I decided to approach my father.

Me: “Dad, College is far off. Studies are tough. Plenty of time gets wasted on travel. Can I have a bike?”

Dad who was reading his early morning newspaper, instantly looked up, announcing a resolute “No.”

Me: But dad, these are tiring. Why don’t you understand? (I pleaded)

Dad: No. I cannot afford a bike, besides the petrol expenditure.

I resigned dejectedly. Dad’s clear refusal had been annoying indeed. He wasn’t even willing to listen to my reasons. Trying to persuade mom was useless since she could never interfere with my dad’s decisions.

Left without a choice, I became miserable and began skipping meals. I reduced them from four to two times, also restricting portions. I wanted to silently enunciate my wrath and bitterness at dad’s verdict.

For a few days, this continued. I had become somewhat unwell. Mum tried to cajole me into empathising. I never realised dad was watching all this though he never signalled at anything.

The next day was month end. Dad returned from office and sat beside me. He opened his bag, took out an envelope and handed it over to me.

Surprised and curious, I opened it to find his salary slip, which stated a total salary of Rs. 35,000. He then asked me to check its other contents which had a list of expenses along with the monthly bills.

The total expenses nearly equalled or sometimes even excelled his income. There were six mouths to be fed and no part of expenses that could be overlooked. Concerned, I looked up, my eyes speaking the unsaid question. How was he managing it?

He said, “Son, I know that you long for a bike but like I said we seriously can’t afford it. If you still wish to go for it, let me know, I will see what I can do.”

This candid man-to-man discussion completely reversed my perspective and decision. I began communing with my father’s position (and problems) better whence came the transformation. Hard work, not freebies became my focal point and cornerstone to success. 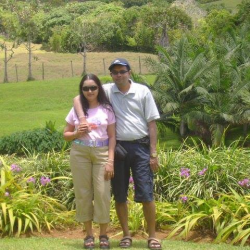 Affinity and Moods
Affinity And Moods is the preferred pen name of a Chartered Accountant and a Finance Professional. For the love of writing and literary works, the writer concocts short stories and fictions while sometimes penning articles based on reality too.

Latest posts by Affinity and Moods (see all)