Ajay is not able to relax that day, even though his superiors have sent him and his team to relax in the morning. As tonight is going to be a heavily packed action night for them. He is waiting for this moment for almost a decade. He is eagerly waiting for the sun to set so that he can report back to duty and march towards his dream. He started flipping the book sitting next to his pillow in the bunker, in which he is stationed currently. Though he knows every crease, every line and every word in this book, he wouldn’t mind reading it nth time as well. While reading this book, he feels that he is still lying in his dad’s lap and his dad’s fingers are playing with his hair.  He can still remember the smell of his dad’s sweat even after a decade.

After the evening tea, he dressed in his usual green overalls but wrapped the blue scarf around his neck. Though this scarf is not gelling on his overalls, he has decided to keep it on. This blue scarf would always be with him and has the initials RK written on it. Its Ajay, who has done that embroidery when he was a small kid.  This is one of the prized possessions, which Ajay has received along with his dad’s body. The other possession is the book, which is a sort of diary kept by his father. This book contains the creative side of Mr Rahul (Ajay’s father). Rahul is an Indian Army officer who got martyred during the Uri attacks.

Ajay was just a 10-year-old boy at that time and was at the junction, where he was supposed to decide about his future course of study. Rahul has promised Ajay that during his next break in Summer vacation, they would decide which path Ajay would choose from now. Ajay’s parents never forced him their decisions on him. They all sat and discussed and came to a discussion.

But after the unfortunate incident, Ajay has decided that he has to join the Indian Army to avenge his dad’s untimely demise. Ajay is more outraged as the Uri attacks have happened in the night and his father didn’t die in a war while fighting the enemy. So, he wants to take revenge for that stealthy and cowardly action of the enemy.

Tonight, he is going on a surgical strike against the enemy. He might not be able to get those very people who attacked the army camp in Uri, but he is going to cause the maximum possible destruction to the enemy base. He would definitely make his dad feel proud of him. This is his way of avenging his father’s untimely death. May be his father would be smiling from heaven’s above and blessing him. That’s the reason why the skies are clear with beautiful stars shining on them. The night is very beautiful and inviting Ajay for the action.
______________________________________
Connect with Penmancy: 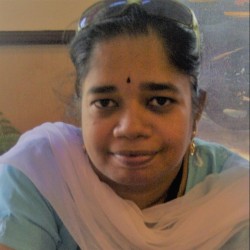