Somebody wants you,
Somebody needs you,
…
Somebody can’t breathe,
Without you it’s lonely..

“Can she even hear it doc?”

Kavya was desperate to know if Amaya was ever coming back from the dead. Her bachcha was her life after all.

It was the summer of 2009 when Amaya suffered a traumatic accident. She was on a bus which lost control and crashed. 35 people were severely injured, 2 spot deaths and Amaya was brought to the hospital, soaked in blood- hanging between life and death. Kayva still shudders at the mere thought of it. It has been 4 months now, that Amaya hasn’t opened her eyes, nor has she moved an inch from her vegetative state.

As she sat by Amaya’s bedside, Kavya went back in her mind to the time when Amaya was born. It was a rainy morning when their mother was taken to the hospital. A five-year old Kavya knew she was getting a gift. Later that day, a little angel was born- a baby girl. Her tiny fingers clutched in a fist immediately grabbed Kavya’s index finger. It had felt so special. They grew up sharing joys and sorrows, the summers and the rains. Their immensely close bond could not be shaken- not even if the Gods wanted to. Kavya was sobbing inconsolably, but softly because the doctor had warned her not to cry in front of the patient.

“She’s no patient, she’s my bachcha, and she has a name!”

Kavya had lost all control and succumbed- to the pain of seeing her sister unconscious, the pain of almost having lost the baby she had taken care of after they left their town for higher studies.

The doctors had tried everything- from medical treatments to therapies but nothing seemed to work. They had given up hope, but Kavya was adamant. She wanted her bachcha back. And she knew her love would bring Amaya to life, “She cannot just go away, leaving me in the web of my mess. We are each other’s world and no matter what, she will always return to me”, she thought.

Kavya believed in love. It can do miracles, she said. This gave birth to an idea. There was a song they both loved – Somebody’s Me by Enrique Iglesias. It was their favourite and they often dedicated it to each other – “Somebody can’t breathe, without you it’s lonely..”

Kavya had never resonated with these words until she had to go through this trauma. She wanted the song to be played in a loop. She had read that comatose people hear and feel their surroundings. It gave her a ray of hope that maybe, just maybe, the song, the love they shared, would bring Amaya back to life. 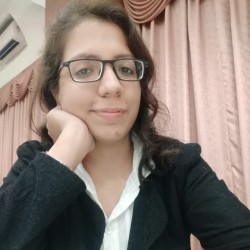 Dhara Popat
She is a Chartered Accountancy student and works as an Investment Portfolio Manager. Besides numbers, she also loves to play with words, and often finds herself returning back to the soulfulness of her guitar tunes and the magical world of words.