From a distance, the newly married Darpan looked at the burnt tree where there once used to be a tree house.

The path was craggy and uneven. In the utter darkness, 12 year old Darpan failed to hear any noise around except the hoots of the owl and the faint whirring sound of the Katydids.

It was 12 of the midnight. He knew his father wouldn’t care to find him as he had already left for his night shift at a construction site. The other woman, or his father’s second wife may get a whiff of his little adventure.

But Darpan didn’t care. Because his own mother had been asking him to visit that old banyan tree for quite some time. Though his father had said, that his mother had committed suicide by hanging from the same tree two years ago, Darpan didn’t want to believe him since from the past six months, Darpan had been seeing visions of his mother asking him to visit the banyan tree once.

“Darpan!” It was his stepmother Brinda. Darpan at once halted in his tracks.

The petite young lady caught his hand and started dragging him back to their hut. “I have told you not to go there.”

“But my mother is calling me.”

“Darpan. Your mother, Bani, is dead. That whole area is haunted. Please don’t go there.”

“You’re lying!” Darpan freed himself. “You’re not a good woman. My mother says. She wants me to live in that tree house alone.”

Brinda was hurt. Although it was not new for her to witness Darpan’s hostile behaviour towards her, today she somehow didn’t feel like ignoring his comment.

Brinda knew that it was an evil spirit that was calling him to its side. That old Banyan tree was notorious for spirits to lure the departed ones’ loved ones there.

She decided to put a full stop to it. She looked at the big oil lamp that she was holding and then at the banyan tree. “Okay. You stay here. I’ll go there.”

The tree looked ominous. The broken tree house was loosely hanging over from one of the branches. Brinda carefully took the lamp with her and climbed up the tree. Upon touching the tree, instantly she felt the presence of a strong negative energy.

Brinda looked down at Darpan. “Darpan, promise me you won’t ever come back here.”

Brinda slowly made way to the tree house. She peeked inside. To her horror, she saw a dark figure lurking inside the broken tree house.

“No one loves you in that house. End all your sufferings here.” She felt these words directly being registered in her mind. But she heard no one. 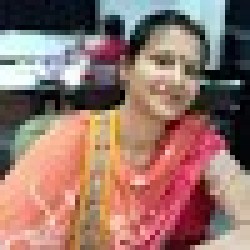 Uma Chandrasekar
Uma Chandrasekar is an Indian author who has four kindle books and one paperback to her credit. She has 13+ years of experience in writing and has explored almost all fields of writing like, screenwriting, plays, short stories, poetry, novel, novella, dialogue and much more. She has also written stories in genres spanning from crime, drama, horror to family, fantasy and humour.