Rani woke up at the sound of the alarm clock. It was 4.30 am, and she had to get up instantly. Although every ounce of her body was screaming for rest and some more time in bed, her brain took charge and made her rush into the bathroom. She looked at herself in the mirror; she was a stunning woman. She still looked like she was in her twenties, though she was 40 years old. She chided herself for wasting time and indulging in vanity. She finished her bath and went straight into the kitchen. She had to prepare breakfast and pack lunch for her two kids, her husband and herself. She had to finish all the chores before leaving for work as a saleswoman in a well-known retail showroom. Her husband did not approve of her work so never helped her with the chores. She wished she was a man. This was one refrain that was constantly going on in her mind. It was as if being a man meant having no problems. She knew she was being foolish, but whenever she looked at her husband and a whole lot of other men whom she met, one thing that stood out for her was how easy it was for them to put themselves before everyone else. She thought it was the bane of women to think about everyone except themselves.

She finished cooking and packing and went to wake up her two boys. After a whole lot of coaxing and cuddling both got up to get started for the day. She asked them to pack their bags as per the time table. They both started whining, so she ended up doing it herself. She then hustled them into the dining room for breakfast. She saw her husband dressed for office and reading the newspaper. She served him breakfast and handed them all their lunch. Her husband informed her yet again that he would be late coming home, as he had an official meeting. He asked her to drop the kids in school as he had to leave early as well. She was about to utter something but he had left already. She kept repeating, “Oh! How I wish I were a man” and shepherded her children out of the house. She dropped her children in school and went straight to the showroom. Her boss was already there as were all the other employees. He looked at her piercingly and asked her whether she could come on time for at least one day. She did not respond to that jibe and went straight to her workspace and started clearing the counter. She was paid a meagre salary, yet she needed that money. She realised how much she had to sacrifice to earn that paltry sum. She closed her eyes and prayed to God, Oh God please let me be a man in my next birth! 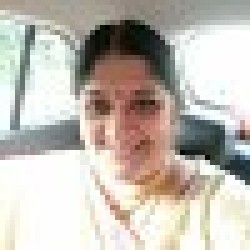 One thought on “I Wish I Were a Man”