I was in a tarnished building. I did not know why and how I was there. The full moon was up high, and the wolves were howling. The building was extremely old. I was sure it was no less than one-hundred and forty- four years old! I could smell something foul and smoky, as if there was a fire. That is when I suddenly noticed a man approaching me. He had a cape and the odour kept getting stronger with every step he took closer to me.

I sprinted into another room to hide from him. But whichever room I was in, he was there! This was crazy.

Fortunately, I saw an exit, but the good fortune did not last long as it was closing incredibly fast. I manage to dash out through the exit which led to an underground staircase. When I climbed up the staircase, I found myself standing in front of the statue of liberty. I was perplexed. I could not figure out how I managed to cross an entire nation in 5 mins.!

For a few seconds, I felt relief but then that strange smell of the fire was back. “I know this time I am going to be killed by whoever that person is”, I thought. This time, I saw him closely. He was wearing a cape because he did not have a face. That freaked me out and I kept on running to escape from him. I dashed into someone who was talking in a language that was not English. I tried to understand what he was saying by his gestures. It seemed to me that he was requesting me to move aside so that he could take a picture. I looked in the direction he was pointing towards, and I flabbergasted to see The Eiffel Tower right in front of my eyes. It was a jaw-dropping sight and for a moment, I was lost in admiring it.

I was in extreme shock. What was going on? I could not comprehend. How could a normal person cross the Atlantic in 6 seconds by running? And the terrifying smell had again surrounded me. Without looking back, I started running again to reach a safe place. My mind was swarmed with thought while running. I kept thinking of where I could go and hide. “Maybe a graveyard? No! Maybe a hospital where can I get immediate first aid…No, maybe a church where his evil will not work on me…Yes! I need to find a church near me right now.” I wanted to ask someone if there was a church nearby, but language was a barrier. What could I do, I wondered?

I decided to spot a route map of France so that I could find locations easily. The adrenaline in my body was increasing by the second. I was running out of Ideas. In a split second, gushing winds arose around me and I saw Big Ben. I realized that some energy had pushed me into a Church at London. I was befuddled because I was searching for a Church in Paris, but I had landed in a Church at London instead. Inside the Church, I met the Father and explained my predicament to him. Initially, he listened calmly making me comfortable. But slowly his expression started changing and he broke into an evil laughter. My heart sank when I realized that this was the same man who was chasing me all around and not a Church Father. He tried to grab me, but I managed to dodge him and ran out past the Big Ben, clueless about where to hide.

I tripped and fell into something that felt cold. I was stupefied to see that I had reached near Taj Mahal in Agra. Though I could not make a sense of anything that was happening, my anxiety was alleviated somewhat because I thought no one could harm me near the symbol of love. I started exploring the area around the Taj Mahal until the menacing smell froze my feet.

“Oh my! What do I do now?’, I thought. I could not fathom who this person was and why was he chasing me of all the people. I had so many questions in my mind but no time to find my answers. I had to take charge. I could not keep escaping like this. I decided to face my fear and fight him. But I did not have magic spells or weapons to battle this threatening man. Just then a thought occurred to me! How was I going to all these places in different parts of the world in a fraction of seconds if I did not have some magical powers in me? There indeed was something in me which was making it happen. I knew what to do. I would take him to a place where someone else would be more powerful than him – The place of GOD.

I closed my eyes and whispered a soft prayer seeking the help of Almighty. The moment I completed my sentence, I could not feel my legs on earth or the space around me. I felt like I was hanging in mid-air. When I looked up, I realized I was standing in front of the Devil. I understood that the more I ran from him, the fiercer he became.

The sight was bone-chilling, and I was unable to muster courage to fight him. I tried hard but could not defeat him. He cast a spell on me and strived to make me like him. I could sense some change in myself. I realized that my thoughts were turning evil. I started thinking about being mean, killing people, scaring birds and kids, and robbing money. At the same time, my soul was against these thoughts. The cape person was laughing at me. I did the thing which seemed sensible to me then. I closed my eyes and again silently prayed to God. I heard a serene voice talking but could not see anyone around.

“Dear child! To fight with him, you do not need any powers. You just need to think and make the right decision. There will be only one correct decision and many evil ones. Look for the right ones always. Power and strength are within you. What is chasing you is you and no one else. The devil in disguise is the devil within you. It is only you who can conquer it with the goodness in your soul.”

I just kept listening in awe.

The voice continued, “Think child! No evil person can change you. It is your own thoughts that wander. Try to get control over them. Increase your will power to overpower this negativity. Our brain is a place where all kinds of thoughts reside. Choose the ethical thoughts over the wicked ones and you will find happiness and contentment as it will promote harmony all around.”

The divine voice made so much sense. I asked how I could control my thoughts and wire my brain to give room to positivity.

The voice answered, “Human brain is powerful. Be conscious and be aware. This will help you to create a better life and make wise decisions. The evil in you will only cause destruction and pain.” With this, the voice stopped.

When I opened my eyes, I found myself on my bed. It was all a dream! But it felt so real. It occurred to me how every wrong action is a consequence of a wrong thought. It is important to correct ourselves at the right time. The more we chase our immoral thoughts, the more they chase us. Like the man in my dreams. If we all can defeat the devil lurking inside us, there would be no devil in disguise anywhere in the world. 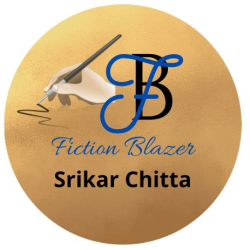