It was raining quite hard. Driving, stinging sheets of water crashed onto the car, a few stray drops slipping through the little crack in the windshield Dad had never got around to fixing. The sky was painted in tumbling silvers and grays, and roared loudly as it gave way with a vengeance. Mum’s face was pressed against the window, her eyes shining with excitement. She loved rainy days like these. The ominous, forbearing clouds, the gentle hum as the sheet of water flew down, almost as if conforming to the will of gravity was a nuance. She loved the sudden, roaring rolls of thunder, the way the raindrops would create rivulets if you tilted your fingers upwards, the drumming as the rain beat against metal of the car. She said these contributed to the untamed beauty of it all. Dad was less enthusiastic. His knuckles were tinged white as he gripped the steering wheel, guiding the car across the glossy road, his eyes darting nervously from the GPS to the road. Most people were surprised to see Mum and Dad together. A petite, pretty Korean interior designer married to a lanky, awkward British businessman. It seemed an unlikely combination. But it worked. Well, most of the time. Mum and Dad seemed to argue more and more now. Mostly about Alex. It wasn’t his fault, but he seemed to be the centre of most trouble in our family. He was diagnosed with autism last year, when he was three. He’s almost five now; it was his birthday in another week. That was the reason we were  going to Mountain Lodge. It was a hill station in some remote city near the sea, five hours from home. A kind of birthday present for Alex. Mum and Dad were hoping he’d like the water more than he liked the city. Now, Alex was asleep, his head lolling against the window, oblivious to the world around him. He looked adorable, his mop of curly black hair falling over his eyes, a stark contrast to his milky white complexion. He looked just like Mum, yet they were so different. He was naturally shy and quiet, like me and Dad. Mum was the wild one. She was what they called a ‘free spirit’. Sometimes, it was hard to think of that as a good thing. I watched as Dad fiddled with the radio, and the songs tumbled over each as I drifted off into a fitful, drowsy sleep.

If there’s one thing I hate, it’s irony. I stared at the ramshackle building in front of me, the pale yellow paint peeling off the walls, the damp wooden sign declaring: MOUNTAIN LODGE. It sat on the flattest piece of land in the entire area, not that there were any mountains, unless you counted the poor drawing of a mountain range on the faded sign. The rain had slowed to a drizzle, and the sky had adopted a new shade of washed out gray. Hauling my suitcase out of the car, I grabbed Alex’s hand to stop him from drowsily stumbling off the cliff, and trundled inside. Mum and Dad were muttering angrily under their breaths, probably arguing about who booked the place. The reception inside wasn’t any better looking than the outside, the only attempt at decorating a limp, stained green carpet and a single arm chair with the stuffing leaking out of the side. We stopped at the receptionist’s table to collect our room key, and were greeted by a surly looking middle-aged woman. “Room 203.” she grunted, and slapped a pair of rusted keys on the counter. Then, almost mockingly, she added, “Have a nice stay.”

“So, who wants to go down to paddle?” Dad suggested cheerfully, as we slumped into our designated beds for the fourth time this week. It had rained on and off continuously for the last three days, and we had stayed inside for the most part, only leaving the room to eat. The food here was worse than the place itself, if that was possible. Dad had found a strange looking piece of mould in his sandwich on the first night, so we had stuck to eating toast. It suited Alex just fine, and I didn’t really mind. It bothered Mum the most. The design of the hotel had ticked her off already, but she hated being cooped up inside. She spent most of her time sketching designs for the hotel, even though they had already refused her offer to re-design it for them. Me and Alex curled up on the single desk chair and watched reruns of not even remotely funny black and white movies. Dad just shouted at people over the phone, occasionally stopping to tap something into his laptop. Mum and Dad hadn’t argued once yet, and there was a horrible feeling in the pit of my stomach that something big was about to blow. Today though, the rain had seemingly cleared up, revealing a pale blue sky. It wasn’t the garish, unnatural candy blue that we had back home, but a soft, faded blue, like old denim. The only clouds were a pristine white, and a couple of birds swooped in between them. From here, we had a pretty good view of the sea, the white tipped waves throwing themselves against the side of the cliff, less vigorously than the last couple of days. “Sure.” I shrug, squeezing out from next to Alex, who scrambled out from behind me. I was surprised. Usually, he hates any form of activity. “Let’s go!” Mum leaps out of her chair, and before I know it, I’m chasing behind Mum and Alex, the hotel door slamming shut behind us.

The cool water lapped at my feet, bubbling and fizzing like a can of soda. I’d been walking along the beach for hours now. Mum and Dad were with Alex, building a sand castle. I could hear him giggling goofily, his voice carried over by the wind as it  caressed my face, breaking through the sweltering blanket of heat the sun’s rays had knit around me. The waves roared and rolled restlessly, flooding onto the shore with a hiss, then peeling away the earthy, muted bronze sand beneath my feet. The cliffs were up ahead, jutting out like daggers that pierced the waves as they crashed against them. The sea in front on the cliffs was filled with pieces of the rock, all sharp, and jagged. They looked like a shark’s mouth to me, deadly yet interesting. One slip, one mistake, and that was it. I shuddered involuntarily, and turned away, back towards the rest of my family. I sat with my back leaning against the side of the cliff, far enough for me to be alone, but close enough for me to see them. There was something about this place that I loved. Maybe it was the sharp, briny aroma in the air, or the pieces of driftwood carried to safety by the buoyant waves. Maybe it was the deep green seaweed, the sea’s flora, as beautiful as any foliage. But deep down, I could feel that it was the way it brought my family as close to perfect as we had ever been.

I’m not sure when it started to go wrong. Maybe it was when Dad got the call. Or Alex got tired. Or Mum got restless.  But maybe I was just clutching at straws. I should have known it was coming. They began to argue, the same as always. Mum screamed, Dad spoke calmly to further agitate her. He stormed off with Alex, back to the hotel, leaving me and Mum alone. It was late evening now, and the world seemed to have been painted with a sepia filter. The colours grew deeper, warmer, the sea more unsettled. It had started to rain again, drizzling softly. She turned on me, fuming. It always ended like this, her anger released on me like a bucket of lava.  My tears burst forth like water from a dam, and my chin began to tremble like I was a little kid once more. The static in my head started up again, a side effect of the constant stress and fear I lived with. Still shaking, I stormed away. She would calm down soon, and come running after me. I would forgive her, and it would all be ok. That’s how it went every time. Or so I thought. I could hear her calling my name, but I walked even faster, breaking into a jog. I didn’t want to hear her excuses anymore. I could imagine her running after me,  yellow flip flops in hand, mascara streaks down her face. She was nearing me now, her familiar scent of nail varnish and fabric softener infused in the air. “I’m sorry, darling. I really am.” Her hand was closing around mine, her fake nails digging into my clammy palm. There was a tight feeling in my chest, like someone was throttling me from the inside. The rain was falling harder now, and my clothes clung to me uncomfortably. It was sticky and humid, but it washed away my tears as they fell, and for that I was grateful. “I’m sorry!” All those years of frustration, all those unshed tears, suddenly burst forth. I whipped around.  Then there was a blood-curdling scream. I lunged forward, her fingers brushing against mine for the last time. And then I was crumpled on the ground, the wet sand clinging to me. A single tear ran down my cheek, the salty smell melting into the air. My heart was pounding to the same beat as the ocean. I looked up, and the empty pit in my stomach grew bigger by the second, threatening to consume me. The rocks were stained scarlet, the same colour as the sun sinking into the horizon. A scream filled the air, raw and broken. It wasn’t until my throat began to burn that I realised it was me. It was all me. I didn’t mean to. I didn’t want to. But I pushed her. And as I sat there, an empty shell, I realised it was raining quite hard. 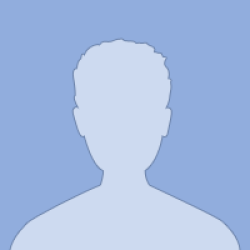 Purvaja Yennamaneni
Purvaja Yennamaneni is an 11 year old with a passion for writing and photography. She is also a co-founder of an animal welfare organization- Animals Furever. Her hobbies include art and track.

One thought on “Mountain Lodge”