Chinni, as she was called by her grandparents, was calm and quite girl of 6 years old. One can assimilate the raw emotions present in the tone of her voice and in the depth of her eyes. Life’s manifesto was not so great towards chinni as she has to face relationships turmoil at a tender age. Her father met with an accident and her mother remarried to another man. So she was with her grandparents. Though Chinni was not deprived of any luxurious facility, yet was not happy with the situation.

Her flare was not towards the lavishness of life but towards the missing relationships which were her cause of concern. At this tender age, she was neither ready to accept the change nor go with the flow.

Whenever she used to meet her mother, Chinni was knocked by the words “meet your new Papa”.

Time flies, slowly and steadily she was enrolled with all the characters around. Later, whenever she met her new father she used to address him by “papa”

Prior, she called her father as ” Appa” as it is called by all South Indian families. But somehow Chinni was not prepared to designate that position to her new father.

Years passed, and Chinni started to leave with her mom as her grandparents were no more. She was all frightened with the new atmosphere and new relations. But surprisingly the new man in her life was a gift to her. He kept no stones unturned to make Chinni happy and fulfil all her dreams and stood by her during hardtimes.

Chinni, thought what is the word “Appa” stands for, love, care, taking responsibilities, protecting the family?

My grit says there is a great resemblance between the words “Appa and Pappa ” My journey from Appa to Pappa is a great success.

I love my “Pappa ” (not Appa) As she speaks her emotional gaze shifts from the sky to the ground. 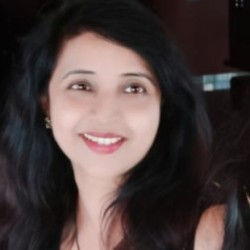