They enjoyed their tea sitting by the window looking at the torrent of rainfall and thunder lightening. The whistling wind reminded them of that fateful night.

It was a dark and stormy night. Rekha was overwhelmed with an ominous feeling. Her mother-in-law and she herself were oblivious of the fact that Shyam was in dire straits on his toes.

Just a few hours earlier, a jeep had stopped near the gate with a screeching sound and honked till he jumped out of the bed to check the visitant.

As he enquired, the person on the other side ordered, “Shyam ji, come outside.”

He unlatched the door and listened in anxiety, “But it was scheduled for tomorrow.”

“The situation has come into the notice of Human Rights Commission and media. We need to act now”.

He informed his wife. She panicked and asked if it was most urgent.

He put on his raincoat and left. Though he assured her, but inside he was aware about the severity of this case. It was the first time. She insisted to take a blanket with him as it was getting colder. He joined others in the jeep.

Rekha followed the light till it vanished into the darkness.

Soon they joined the local police on the other side of town. They were ready and armed. The team was ready for clock-and-dagger operation.

Shyam was scared but regulated his wits. They reached the brickworks. The SHO leaded the team. He instructed the Labor Department officers to take a cover of the police officials. They snooped inside the factory. In the dim light, 5 to 6 men were spotted sleeping on the benches. Suddenly, one of the LD officer stumbled over the pile of brick mold. The element of surprise to arrest the suspects went a toss. Everyone was alert and firing broke in no minutes. The team was prepared for every situation.

It silence traversed after rounds of firing. One of the goons was shot in his leg. They surrendered.

The officers searched the factory thoroughly. They found the bonded labors in an attic, stuffed and suffocated. Three women and five children. They were hurt and disoriented. They exchanged glances in horror. Shyam assured and looked closely; one of the girls was bleeding. He choked and rushed outside to get the blanket.

They waited for the women constables to take charge. LD officers informed their respective families and completed all the other formalities. The procedure took almost a day. The youngest victim, Sunaina, had nowhere to go. She was sent to a government NGO. That first raid tested Shyam’s limit and evoked his many emotions.

He reached home at night. The rain had stopped and stars were twinkling. He told Rekha everything in detail. They took a decision and promised to stand by it for lifetime.

“We have broccoli in dinner. Papa, no excuses today”, warned Sunanina.

“Never say no to broccoli and your daughter,” Shyam rolled his eyes and their laughter roared like the thunder. 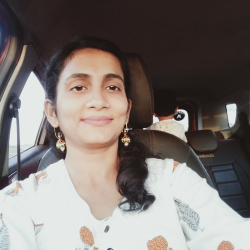 Shilpee Prasad
Shilpee Prasad is an Electrical Engineer. She loves reading articles, stories, and novels. She has recently developed an interest for writing, which splits her time developing a controller for nano-satellite.

One thought on “Raid and Rescue”