“HEY FATSO, at least take a good look at where you are about to sit. This scrawny wooden bench won’t take your weight,” screamed Jigna.

“ Yeah, try finding something made of iron or titanium to hold your weight, Arjun the Clown,” added Mahesh.

15-year-old Arjun dragged his feet away and started to move towards the cafeteria.

Tears welling up, Arjun sped towards the classrooms. It was almost time for Physics class.

Arjun Mehta was plainly obese, even by his own admission. He had been a large 10-pound baby. His mother lovingly fed little Arjun every imaginable delicacy and fulfilled his food fantasies. He had only to ask and the most intricate dish was promptly produced. The result was an overweight preteen. By age 11, Arjun had crossed a 100 kgs. The bubbly, cute baby had transformed into an overweight, sluggish boy. Arjun was constantly teased. “Hey Arjun, you are sprouting breasts along with the girls in school” teased Mahesh, one day in grade 9. Arjun self-consciously began walking with a hunch. “It may help hide my protruding, ugly belly and breasts,” thought Arjun.

By grade 10, age 15, despite valiant efforts to curtail his weight, Arjun weighed 150 kgs. He was always fumbling, sweating and had cultivated an awful habit of tripping and falling over. Whoop! He would trip over, invariably hurting some part of his body. But more than that it was his ego that took a beating. He slowly began to hate the kids who teased him. The popular, pretty ones, Jigna, Kinjal, Mahesh, he began detesting the most.

“I will never have friends, forget girlfriends.” Arjun pitied himself. Mahesh had already begun dating Jigna and word had it that the couple would sneak out at night and go to ‘ Lookout Point’. There was a bridge high up, overlooking a dried up pond.

Arjun, profusely sweating, seething with anger, after the cafeteria episode, entered his house. The aroma of Pav bhaji, loaded with butter, filled his nostrils. He turned his nose up at his mother’s concerned efforts to make him eat. He locked his bedroom and fell into a deep, disturbed sleep.

It was hazy, dark, but Arjun could make out a silhouette on the bridge. He approached cautiously. “Who…Who are you?” he asked. The figure faced him now. The person had a red nose, curly-haired wig, painted face –a clown. But there was something odd. Blood was streaming from a knife in the clown’s hand. Arjun carefully peered over the bridge. There lay Mahesh, dead, with a wound on his back. Jigna lay nearby, dead, head crushed on a large rock.

Arjun woke up in a cold sweat. He rushed out of bed feeling odd. He tripped over something, a clown’s outfit….

The following day the newspapers carried the awful news of Mahesh and Jigna’s murder at ‘Lookout Point.’

Natasha Sequeira
Natasha Sequeira is a homemaker, an avid reader, writer and nature lover. She loves to take a stand on social issues as well. Additionally, she has recently begun blogging. She believes the Pen is Mightier than the Sword. 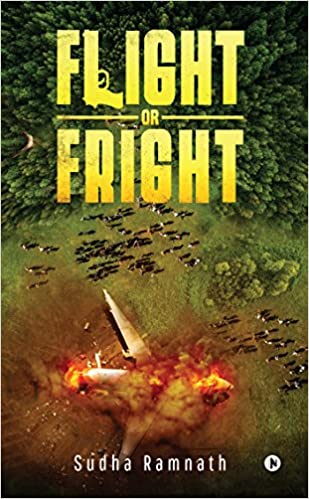