The touch of steel on smooth skin sent a tingling sensation down Nirav’s spine.
Deed over, he splashed cold water over his face, nimble fingers caressing his handle bar moustache.

He then dabbed his handsome face with Men at Play, his favourite lotion.

Turning around, his eyes caught the backless blouse his wife had just slipped into.

In a tone more mocking, less accusatory, he said, “I don’t think you should be wearing that”.

Unfazed, 37-year-old Nina admired her reflection in the full-length mirror before replying, “You do your thing. I do mine”.

Nirav nodded his head and, planted a kiss on his wife’s cheek.

Peace thus restored, the couple stepped out, hand in hand.

In less than ten minutes, their car had arrived at Yuletide Villa.

***
Gyan turned aside the window curtains just in time to see Nina step out.

Long copper brown windswept hair, kohl lined eyes, and with enough glint in them to light up the darkest of nights. Add to that a voluptuous figure wrapped in a resplendent green banarasi saree with a matching sleeveless blouse!

And when she took those few sanguine steps towards the lift leading upto the seventh floor, the 55-year-old senior marketing professional knew that the next couple of hours were going to be memorable.

***
“Have some more. Chettinad Chicken Curry is your poison. Don’t I know!, said Gyan as he passed on a plate, his lust ridden eyes focusing on Nina’s cleavage.

Nina nodded her head in acceptance even as under the table her right leg toe climbed atop Gyan’s.

Seated two chairs to her husband’s right, Deepti watched the two love birds with something more than scorn.

Composing herself, she coolly got up and filled Nina’s plate with a full breasted chicken wing.

“Try this. Especially for you. You’ll love it”.

Nina looked at Deepti; the latter’s eyes were such a  plea she just couldn’t say no.

Half an hour later, dinner over, the men, Nirav and Gyan repaired to the mini bar.

Their respective wives, Nina and Deepti,  moved to the balcony, each holding a drink (Jack Daniels no less!).
***
An hour later…

“It’s a starry night, isn’t it?“, Nina exclaimed, his voice all slurred.

For, she was observing Nina with hawkish eyes.

The latter’s face had become contorted, her skin turning a deep blue.

She had difficulty standing steady.

The hunter readying for her prey.

She was gone the next moment.

From above, Deepti smiled

In her eyes, she visualised the morn’s headlines: Drunk Woman Falls To Death From Ghaziabad Highrise. 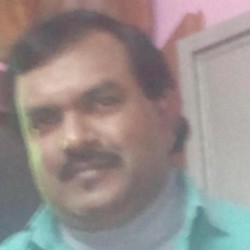