He couldn’t sleep that night. Why? Because Ethan was turning thirteen tomorrow. He was going to become a teenager and just couldn’t wait. He was feeling very mature as, for the first time his parents were leaving him alone for two days to go out of town.

After his parent’s departure from the house, Ethan saw an advertisement in the morning newspaper which said that there was a circus in town and they were looking for a clown. He thought to himself, “I can do that, I just need some training.” As luck would have it the training was free. But, there was a problem. He had to come up with a good excuse to justify his outings in the absence of his parents to his neighbor. So he told them that he was going to his friend’s house. Then he went to the circus and told the owner why he was there. The owner asked him, “Son, are you sure you want to do this?” When Ethan said yes, he began his training. When he first tried juggling, he couldn’t handle a single ball and all of them landed on his coach’s head. Luckily, the coach was a kind person and didn’t scold him. Pretty soon, he got the hang of juggling three balls. When the circus started, everybody laughed so hard that tears came out of their eyes. Ethan was so glad he did this because he had fun and the pay was pretty good.

As he was returning home on the second day, he got a call from his mom saying that they were on their way back home. Hearing this, he ran home, hid the money and made everything look casual before his parents came in. He vowed that he would tell them everything tomorrow. 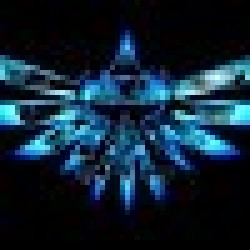 Abhinav Pratap Singh
Abhinav is a 13-year-old boy who has a great passion for reading and writing. His goal is to become a published author one day. Even though the pressure of his studies almost drives him crazy, he finds time to indulge in hobbies like writing, reading, cycling and drawing. He likes to play games and spend time with his family and friends.